This Saturday May 15 is World Whisky Day and the Scottish Tourist Guides Association is once again staging a fun whisky related quiz on our official Facebook page.

Blue Badge Tourist Guides Ronnie Berri and Alister McDermott will be tasting five different whiskies and asking you to guess which distillery produced them.

Other members are also putting together videos and posting photographs to mark this special day celebrating whisky worldwide. You will be able to find these at #stgaguides 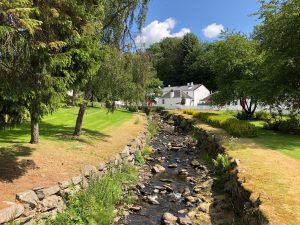 There are more than 130 malt and grain whisky distilleries in Scotland making it the greatest centre of whisky production in the world.

Our guides are always delighted to take guests to visit distilleries in Scotland.

There are an increasing number of distilleries that have visitor centres where you can take a tour and find out how whisky is made and then sample the product.

In order to be called Scotch Whisky, the spirit must mature in oak casks in Scotland for at least three years.