Charles Rennie Macintosh was an architect, designer, water colourist and artist. His work, alongside that of his wife Margaret Macdonald, was influential on European design movements such as Art Nouveau and Secessionism 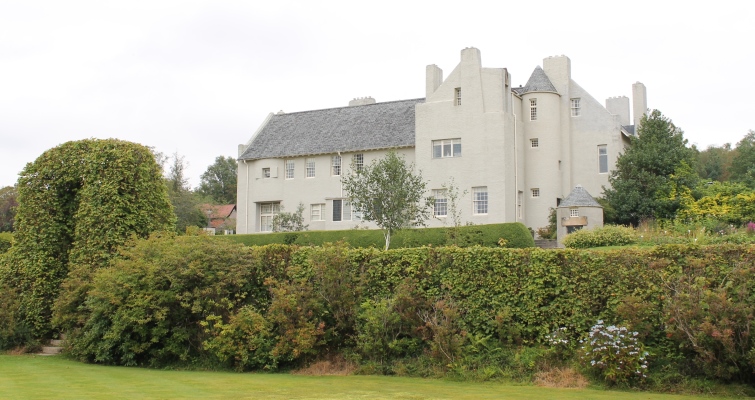 Charles Rennie MacIntosh (he would change the name by the insertion of “K” in adulthood) was born in Parson Street in the Townhead area of Glasgow. He was one of eleven children and his father worked for the City of Glasgow Police. Soon after this the family moved to nearby Dennistoun area of the city a little further east of Townhead and it was here where MacKintosh spent his early years.

He was originally apprenticed in the offices of John Hutchison architect before moving to the larger firm of Honeyman & Keppie. In 1890 he won the Alexander Thomson travelling studentship which enabled him to travel to Italy to study its architecture.

During his time with Honeyman & Keppie Mackintosh and a colleague Herbert McNair were also studying in the evening at Glasgow School of Art where his future wife Margaret MacDonald and her sister Frances were also studying. McNair would go on to marry Margaret’s sister Frances. They were introduced to each other by the then director Francis or “Fra” Newbery.

During his time with Honeyman and Keppie he designed the Glasgow Herald building, now the “Lighthouse, centre for design and architecture”, and also the Daily Record building.

His acknowledged masterpiece is the Glasgow School of Art built in two phases between 1897 & 1909.

His greatest patron was Catherine or “Kate” Cranston for whom he designed a series of tearoom interiors. She gave Mackintosh complete artistic control of her Willow Tea Rooms and he designed the furniture, wall coverings and light fittings. Some of these interiors are on display in Glasgow’s Kelvingrove art gallery and museum.

Walter Blackie the publisher asked him to design a dwelling house for him in Helensburgh; the iconic Hill House.

Other Mackintosh buildings in and around Glasgow are Scotland Street Primary school now the Museum of Education, Queens Cross Church home of the CRM society and his House for an Art Lover; this 1901 design by MacKintosh for a competition set by a German Magazine, “Zeitschrift Für Innendekoration”, being realised by Glasgow City Council between 1989 and 1996 when the house was opened to the public.

Make your visit to Glasgow complete by engaging one of our professional guides to show you these iconic buildings by Glasgow’s greatest exponent of Art Nouveau.