Home » Our Coat of Arms 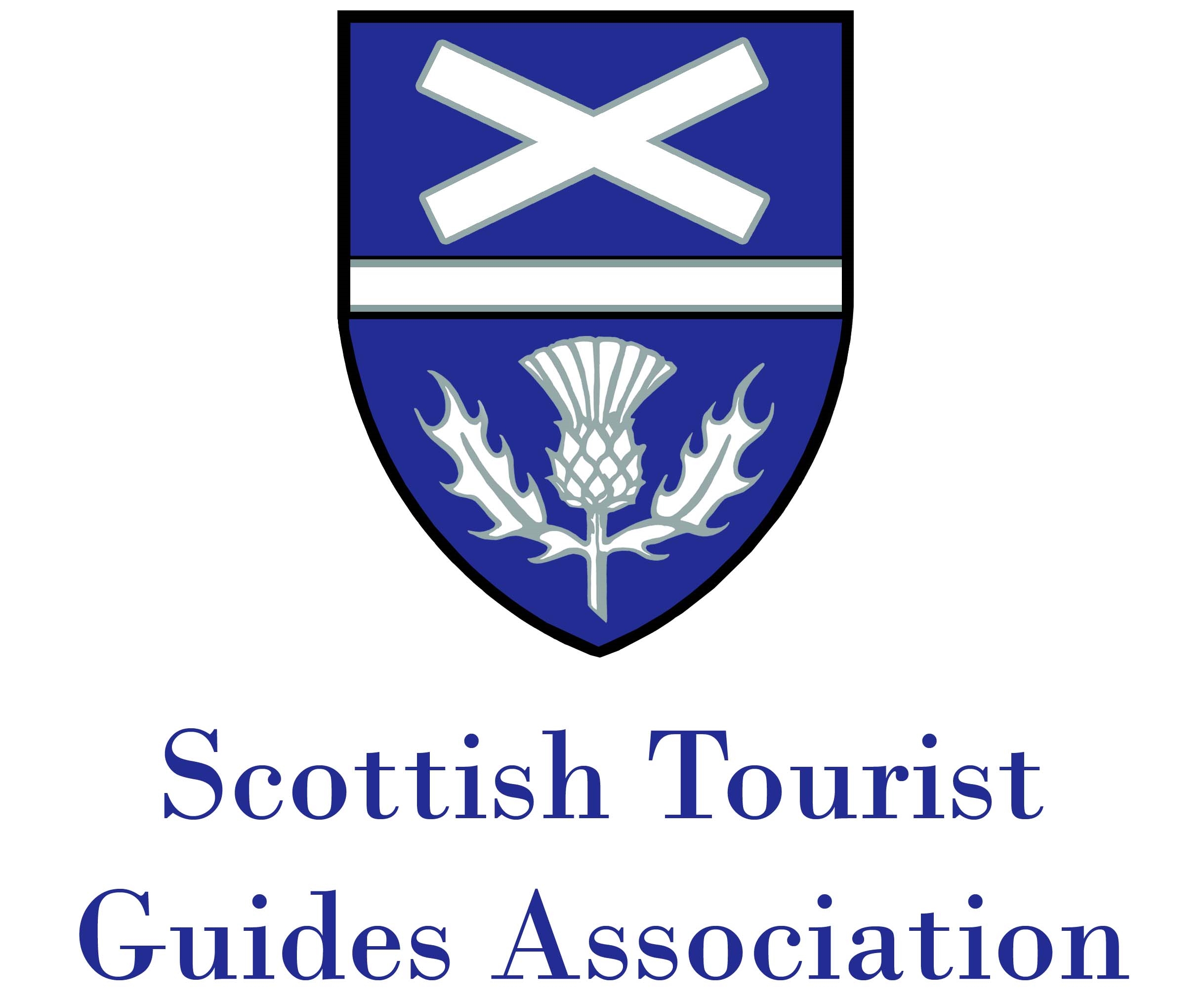 The Scottish Tourist Guides Association Coat of Arms is a registered coat of arms, protected by the Court of the Lord Lyon.

The Court of the Lord Lyon is the heraldic authority for Scotland and deals with all matters relating to Scottish Heraldry and Coats of Arms and maintains the Scottish Public Registers of Arms and Genealogies. The Lord Lyon King of Arms is also responsible for State Ceremonial in Scotland.

“Azure, a barrulet between in chief a saltire couped and in base a thistle slipped and leaved all Argent.”

Our Coat of Arms is present on all STGA member badges.

Our Coat of Arms is protected by the Court of the Lord Lyon and may not be used in any form by any person or entity other than the Scottish Tourist Guides Association and it’s current members.

Our Coat of Arms Warrant

TO ALL AND SUNDRY WHOM THESE PRESENTS DO OR MAY CONCERN

We, Sir Malcolm Rognvald Innes of Edingight, Knight Commander of the Royal Victorian Order, Writer to Her Majesty’s Signet, Lord Lyon King’ of Arms, send Greeting: WHEREAS, Forbes Charles McNaughton, Chairman, and George Kevin Connelly, Secretary, having by Petition unto Us of date 18 November 1996 for and on behalf of THE SCOTTISH TOURIST GUIDES ASSOCIATION LIMITED, having Head office at Greathill House in the County of Stirling, Shewn; THAT the said Company was established in Edinburgh of date 2 August 1996 pursuant of the Companies Act of 1948; THAT the said Company is engaged in establishing’, co-ordinating’, servicing’ and sustaining’ a National Association of Tourist Guides in Scotland and in promoting’ the widespread recognition of the said Company and its members in order to raise the standard of tourist guideing; AND the Petitioners having prayed that there might be granted unto them for and behalf of the Scottish Tourist Guides Association Limited such ensignes Armorial as might be found suitable and according to the Law of Arms, KNOW YE THEREFORE that We have Devised, and Do by These Presents Assign, Ratify and Confirm unto the Petitioners for and behalf of the Scottish Tourist Guides Association Limited the Following Ensigns Armorial, as depicted upon the margin hereof, and matriculated of even date with These Presents upon the 48th page of the 79th Volume of Our Public Register of All Arms and Bearings in Scotland, VIDELICET:- Azure, a barrulet between in chief a saltire couped and in base a thistle slipped and leaved all Argent.  By demonstration of which Ensigns Armorial the said Association is, amongst all Nobles and in all Places of Honour, to be taken, numbered, accounted and received as an Incorporation Noble in the Noblesse of Scotland: IN TESTIMONY WHEREOF We have Subscribed These Presents and the Seal of Our Office is affixed hereto at Edinburgh this 29th day of July in the 46th Year of the Reign of Our Sovereign Lady Elizabeth the Second, by the Grace of God, of the United Kingdom of Great Britain and Northern Ireland and of Her Other Realms and Territories, Queen, Head of the Commonwealth, Defender of the Faith, and in the Year of Our Lord One Thousand Nine Hundred and Ninety-Seven.