Two members of the Scottish Tourist Guides Association will be representing the country at a major world conference of 300 tourist guides in Tbilisi in Georgia later this month. 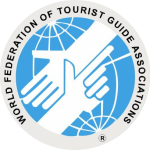 Edinburgh based Mary Kemp-Clarke is one of two vice presidents of the Vienna headquartered World Federation of Tourist Guides Associations (WFTGA) and will be attending its biennial convention between January 21 and 27 together with Scottish delegate Viola Lewis.

At the convention participants attend lectures, workshops, round-tables, panel discussions and tours in the locality.

It will be the 18th convention of the only worldwide organization for tourist guides. Scotland hosted the convention in 2003. 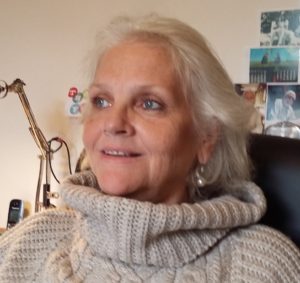 Mary, who was elected as a vice president of the WFTGA in 2017 has played a major role in the STGA since she qualified as a Blue Badge tourist guide in 1999 including being a member of the executive board and heading the organisation’s training course for new guides. She has been a lead international trainer for the WFTGA since 2008 and is fully bi-lingual in Spanish and English. Her degree was in Scottish Archaeology which she practiced in the field, through research and illustration for several years before becoming a guide.

Viola was born in Germany but has lived most of her life in Scotland having qualified as Blue Badge Tourist Guide in 2002. From the moment she qualified Viola has been involved in the guiding community of STGA, most know her there as a guide-trainer. She is also a trainer with the European Federation of Tourist Guides Associations (FEG) and part of the FEG Trainig Consultative Group. She is also a lead international trainer for the WFTGA and the Scottish Tourist Guides Associations delegate at this year’s convention.

At the same time and location as the biennial convention, the WFTGA holds its general assembly for delegates who represent full member associations, to discuss current matters, choose the location of the next convention following bidder presentations, elect the officers of the WFTGA Executive Board, and attend to Policies and Procedures.

For WFTGA 2019 in Tbilisi, guides from all over the world are being asked to support development programs and education for refugee-children in Georgia. Delegates to the convention have been asked to bring and donate books about their country and tourist destinations, in their language. At the end of the Convention these books will be donated to refugee-children in Tbilisi, motivating them to learn languages and study well.

The WFTGA, which was founded in 1985, is a not-for-profit, non-political, federation for guides.

Today the WFTGA represents tourist guides from over 100 countries, encouraging their qualification and accreditation in accordance the Definition of a Tourist Guide:

A Tourist Guide is a person who guides visitors in the language of their choice and interprets the cultural & natural heritage of an area, which person normally possesses an area-specific qualification usually issued and/or recognised by the appropriate authority (EN 13908:2003)