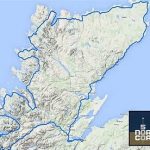 What is the North Coast 500 route?

The North Coast 500 (NC500) our answer to Route 66 is a designated ‘tourist route’ using existing roads around the northern Scottish Highlands. The route is 516 miles with a dramatic fjord-like coastline of complex geography and geology and some amazing scenery with glistening sea lochs and many uninhabited Islands keeping watch.

Which direction should we go?

The BIG decision for all visitors is whether to go clockwise or anticlockwise from Inverness, the capital of the Highlands? My answer is always ‘clockwise’, as the views along the top end and down the east are much better from that direction. I live there on the route, trust me!

What will we see on the clockwise NC 500 route?

The NC500 starts and ends at Inverness Castle which guards the beautiful River Ness. The walks around the woods on the Ness Islands are superb and a great place for a walk before heading off on the NC500.

Weave past the dark waters of Loch Ness, keep a lookout for ‘Nessie’ our elusive monster. Did you know that the volume of water in Loch Ness is greater than all the lakes of England and Wales together? Our journey to the west follows the lochs and glens of Telford’s engineering feat, the Caledonian Canal.

Out to Applecross (but not if you’re in a coach or large vehicle) and the hairpin bends of Bealach na Ba are challenging, but the views are dramatic across to the Inner Sound of Raasay. A photographers dream!

The road north to Ullapool is a feast of burns, land lochs and sea lochs. Watch wildlife along the way with circling birds, hairy heilan coos or sheep lazing on roadsides and wild deer coming down later in the day.

Ullapool was once an old herring port and the largest settlement for many miles – interesting shops and great local foodie spots. Situated on moody Loch Broom and dominated by the rugged mountains that surround it. Sunsets here are spectacular. Sit outside a harbour side pub, test a local brew and watch the sunset on the loch! Next stop is Knockan Crag reserve in the Assynt Geopark – this has ‘big country, big views’ that dominate the skyline and wild rock formations, lochs and waterways. Superb views.

The road narrows through the remote villages of Inchnadamph and Scourie. The intrepid may opt to ‘do’ the peninsula loop via Drumbeg and Nedd. Then onto Unapool (no, not Ullapool). Follow imposing Loch Assynt to the ruins of Ardvreck Castle with its bleak story of 1600s betrayal.

This coastline was the border of the Viking Highway from Norway 700-1200AD while sailing their long boats through the treacherous waters around the top end down to Northern Ireland and the Isle of Man.

On arriving at Durness on the far north west corner, turn left in the village and head to Balnakiel Beach – famed for its silver sands and unobstructed views. From here turn back east, and follow the pristine coastline. Just a short drive to the cavernous Smoo Cave, with a huge thunderous waterfall inside – after rain it crashes through the roof and flows out to the ocean. Quite amazing. There is evidence the Vikings hid in here to repair their boats – the name means ‘hiding place’ in Norse. 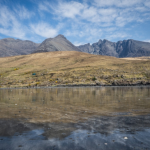 Further on is Loch Eriboll, a large but pretty sea loch. Until quite recent times there was a hidden Highland secret here. In 1945, 33 German U-Boat Captains surrendered to Britain before the end of the war. The submarines and weaponry were scuttled in this sea loch, and the locals sworn to secrecy! They were led to believe there were about half a dozen subs…..but only in recent times has the truth emerged.

Inland and closeby, are world famous Forsinard Flows aka the Flow Country which is the largest boglands in Europe (21,000ha). It has a great visitors’ viewpoint and walkway allowing you to see the unique plantlife and wildlife in this water logged countryside which runs across the back of Caithness county.

Keep following the coast to Thurso the largest town in west Caithness, with its’ busy Scrabster Harbour. Historically important to the Vikings and later for trading with Europe. Now used by northern fishing boats and cruise ships. Seafood fresh off the boats is a speciality here – but not just here – all along the coast!

As you travel east along the Pentland Firth there are great views of the Orkney Islands from most points. Ferries of varying sizes depart regularly from Scrabster, Gills Bay and John o’Groats harbours to Orkney through summer, but are on reduced sailings in winter. There’s even wildlife cruises from Groats around Stroma Island and the dramatic Duncansby Stacks. This is the same cliff area to get involved in seasonal whale watching and recording ID of passing pods of orcas, minkie whales and dolphins. Great fun.

Stop at Dunnet Beach near the dunes, brave the surf go swimming or learn to ride a surf board here! Dunnet Head Nature Reserve is the most northerly point on mainland Britain. It is home to many species during the summer breeding season – including cormorants, cheeky puffins, razorbills, guillemots and kittiwakes. 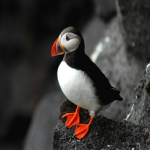 Just through Dunnet village is historic Loch St John, a terrific wildlife sanctuary and bird hides. Local men sit in their wee boats patiently waiting for a fish to bite. And, thousands of birds including whooper swans migrating from Russia and Iceland arrive autumn to early winter, and have a stopover before heading off to Africa. A great spot for wildlife photography – and there’s even some wee hairy coos in the field next door!

A must-do is a visit to the Castle and Gardens of Mey, once holiday home of Queen Elizabeth, the Queen Mother. The views across to deserted Stroma Island and the Old Man of Hoy on Orkney are superb and a walk soon takes you down to the colony of grey seals often lazing on the rocks below.

Then past Canisbay Kirk and onto John o’Groats, a shopping and tourist mecca. Do get the obligatory photograph of the Jo’G sign. Sitting in the coffee shop and looking across ‘e waters (as the locals say) to deserted Stroma Island is so relaxing.

In Wick, Old Pulteney Whisky Distillery is a survivor of the old temperance days. Do visit Wick Harbour – a big contrast to the heydays of the herring industry when it was covered in hundreds of wooden boats and women who carried and sorted herrings into whisky barrels, ready to go overseas.

Scotland is well ahead in energy sustainability. Not only are there many wind farms in the hills, you’ll notice the 84 wind turbines from Beatrice offshore field near the rigs – the largest offshore wind farm in the world!

Don’t miss Dunrobin Castle, overlooking the Moray Firth – visible from your direction of travel. The Dukes would bring their ships up close, and then ride in an elegant carriage up to the castle on their return home. Beautiful gardens, interesting private museum and a glorious fairytale castle lived in for over 700 years!

The most notable waterways on the way south are, in order: Loch Fleet with its’ wildlife colony of grey and common seals and otters and along with Dornoch they are a special protection area for wildlife and rare old woods. Cromarty is a busy deep water port once used by naval shipping in WW1 and WW2 and now for cruise ships. Crossing the Black Isle, which is not an island but the medievals though it was – we come to the superb Beauly Firth linking to the Moray Firth and extending up the east coast as a wildlife reserve.

Whisky distilleries are prevalent along the eastern side of the route between Thurso and Inverness and include: Wolfburn, Old Pulteney, Dalmore, Clynelish, Glenmorangie, Balblair, Dornoch and Glen Ord Distilleries. All highland whiskies are distilled from the pure waters that run from the hills and burns, and filter through ancient heather giving them their distinctive colour. For non-whisky stops, try John o’Groats and Black Isle Brewery for local beers and Dunnet Bay Distillery for its’ prize winning gins and vodkas.

On through farmlands, fields of grazing cattle, black faced sheep and back into Inverness to the Castle to mark the ‘end’ of your 2020 NC500 tour around our magical northern Highlands’ coasts and waters!

Robyn Jobson, a local, professional guide for the North Coast 500 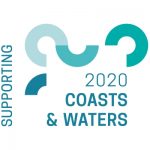 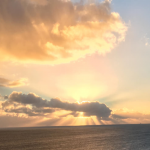