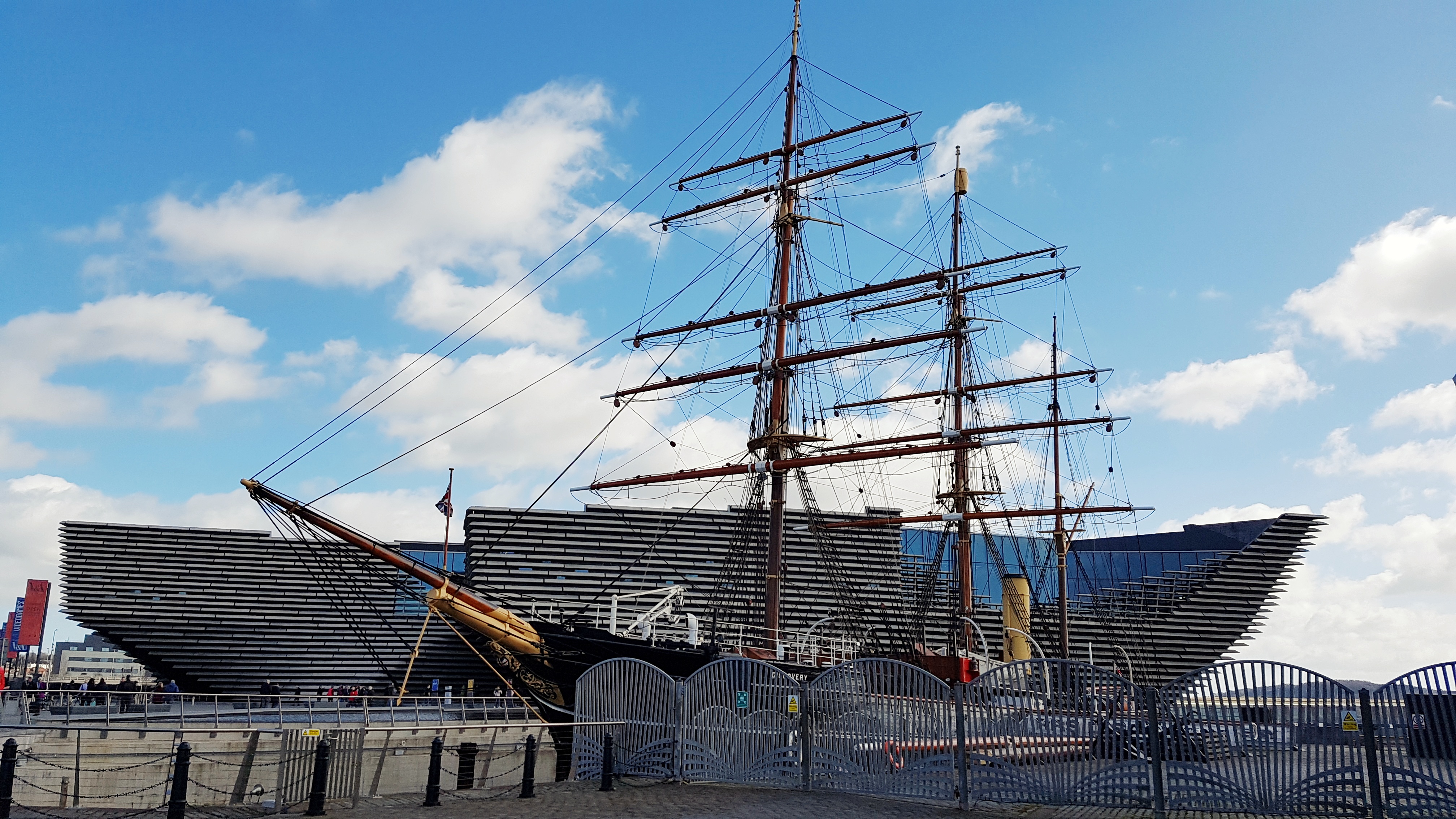 Around 100 members of the Scottish Tourist Guides Association held their annual conference next to Scotland’s newest big attraction in Dundee at the weekend.

The association, which is celebrating its 60th anniversary this year, staged the conference in the Discovery Centre next to the new Dundee V&A.

Seven guides who played major roles in the development of the association were recognised by being put on a new Roll of Honour.

They were Edinburgh based Ros Newlands, OBE,  who was president of the World Federation of Tourist Guides Associations between 2007; Stirling based Forbes McNaughton who was the first chairman of the STGA when it became a limited company in 1996; Pitlochry based Sally Spaven who was a former chair of the STGA; Tom Caskie who played a key role in the STGA winning a contract to guide visitors around the Scottish Parliament when it first opened; Doreen Boyle who managed the STGA when it opened its first office in 1998; Glasgow-based Norma Clarkson who introduced a new continuous professional development system when she was chair; and Edinburgh based Mary Kemp-Clarke who is currently Vice President of the WFTGA.

The STGA was founded in 1959 by the Scottish Tourist Board and a group of guides who wanted to improve both the standard and status of guides. It launched a training scheme for tourist  guides to obtain their illustrious Blue Badge and since then has trained hundreds of guides in Scotland.

Today the Stirling headquartered organisation has some 500 members.

Chair Linda Arthur said the STGA had firmly established itself as the premier national organisation for tourist guides in Scotland and paid tribute to the seven members who had done so much to put it on a firm footing. 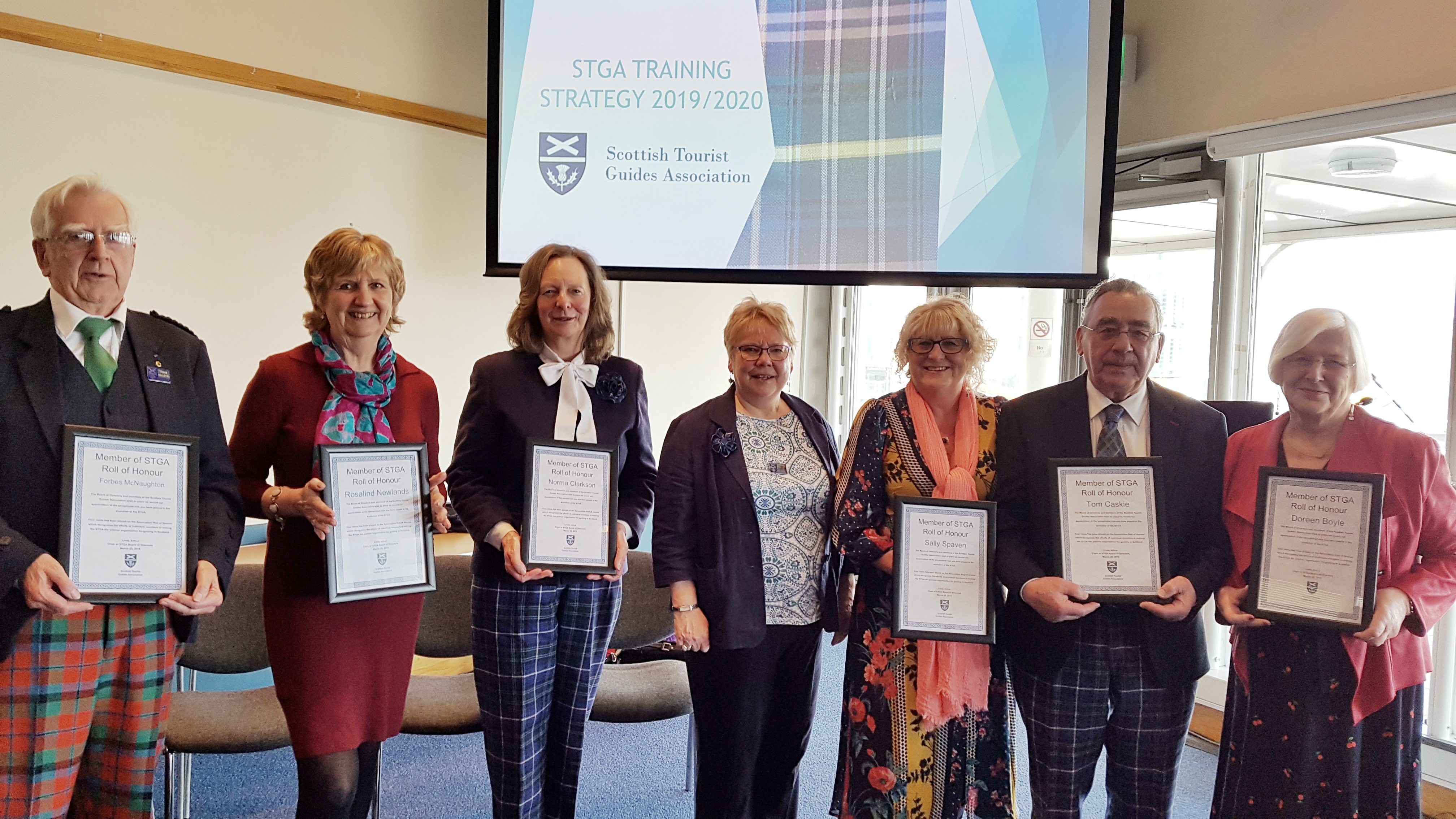 Mary Kemp-Clarke was away guiding.

Group photo shows members in front of the RRS Discovery